Brexit: Where will leaving leave us? 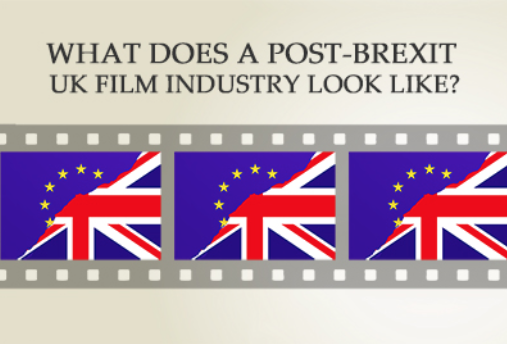 To find any of the answers you may be looking for in life just Google them. Whether you're looking for a listing of the complete works of Shakespeare or the current time in Bangkok, the internet is every man's friend – always a reliable source.

But beware she is a fickle jade. Both a harbinger of doom and an eternal pleaser. A consummate source of wisdom who will tell us whatever we do or don't want to know if we look long enough and hard enough. Phrase our questions in just the right way. Hone in on the answers we want to hear. Skim over the results that hint at the most unwanted of responses. In short, she will always give us the answers we crave and those we dread in roughly equal measure.

Long before the modern mash-up 'Brexit' became the go to topic of choice, covering a multitude of sub-issues in its often dark and always complex heart, the internet would provide both promise and hope and dejection and despair at the current state of the British Film Industry.

To quote Matthew Vaughn. "We don't have a British Film Industry. All we are is excellent service providers." The messages of hope about the 'thriving British Film Industry' were often prerequisites of adverts for two days courses promising ways into the industry for a few hundred of our hard earned GBPs. And those of disaster and despondency often the scourge of the dejected, they who've battled with everything in them only to see their talent and their work overlooked.

Now with Brexit thrown into the mix and the British Film Industry, or lack thereof, as one of the underlying knotted twists in its mangled guts, the internet has its say:

The Guardian Good:
'How the British film industry could flourish outside the EU'
https://www.theguardian.com/film/filmblog/2016/jun/29/brexit-how-the-british-film-industry-could-flourish-outside-the-eu

The Good the Bag and the Ugly:
Screen Daily: TV Sectors are in Limbo
Broadcast: Shares in ITV dropped 19 percent within a day of the vote. Sky share price fell 8 percent.
Harvey Weinstein: 'I'm shocked… These guys who voted, voted out of fear. It's a huge mistake… It could be very costly in the movie and TV industry in terms of content branding. European branding is very important. It's a big deal for these young British filmmakers.'
Michael Ryan, Chairman of the Independent Film & Television Alliance: 'The decision to exit the European Union is a major blow to the UK film and TV industry.'

The Honest (in our humble opinion):
The BFA: We don't know how it will affect us. It is a time of extreme messiness, conflicting opinions and most of all uncertainty.

But within any measure of tangled chaos and complexity, standing back and removing yourself emotionally means clarity comes. What are we, the true independent filmmakers actually worrying about? We haven't had anyone clambering at our doors to support, encourage and nurture our talent in the past and, Brexit or no Brexit and the ramifications thereof, we're not going to have that happen going forward.

As Paul Hills said to me over a similar matter, 'I'm not worried that I have no help. I've had no help for twenty years.'

There are a myriad of reasons for the collapse of the Film Council, the misplacement of lottery funds, the unfortunate pathos of the general attitude towards British Films themselves. Those reasons and issues aside, in my opinion alone, the glaringly obvious reason, the white elephant in the room, is simply that politicians and businessmen cannot be expected to be artists any more than we can be expected to be politicians. It's yin and yang. We need each other, that is true. But as filmmakers we can't rely on any 'official government body' to be the source of passion and inspiration that forms the nucleus of the best of the films that do find their way though. That only comes from us. It may be hard to find that final element of support that's needed for our projects find their way out into the light. But if we moan and complain post Brexit, as we moaned and complained over the loss of the Film Council, and we moaned and complained at how the economic downturn affected us, then that's all we'll ever do.

Filmmakers and actors are heroic; they have courage and fire in their hearts. Not the fame or glory seeking among them. But the ones who are driven by a desire to move an audience. And that is what carries them over every last stone.

Clinging to political issues as a blanket against the impossibilities we face is to overlook the fact that film flourished in the Great Depression, as it generally does in times of great hardship, that's when the masses need escapism the most. If countless filmmakers living in oppressive regimes can stand against tyranny and extreme censorship to get their work out there so voices that reflect their nation's attitude and pain can be heard then we have no excuse to give up because things are tough.

For the past three years we've fought to identify why it is so hard for filmmakers and actors who have rare and genuine talent to be truly valued, recognised and promoted. With key areas identified and analysed a potential solution or 'alternate avenue' is being developed by us and a few key filmmakers from the industry who feel ours to be cause worth supporting. Therefor those actors and filmmakers among you who are hungry for change, stay tuned for more details of how you and your work can form a central part of the soon to be launched 'WORLD FILM MOVEMENT'

In the interim let's celebrate a BFA member, the superlatively talented Phil Wood and his new work as DOP - true British film 'ChickLit' which has made it through all the various hurdles to hit the cinema screens September 2nd!

Support each other and never, ever, ever give up – it's the only way!

Acting deals with very delicate emotions
Changing all the Rules