A Silent Investor in People 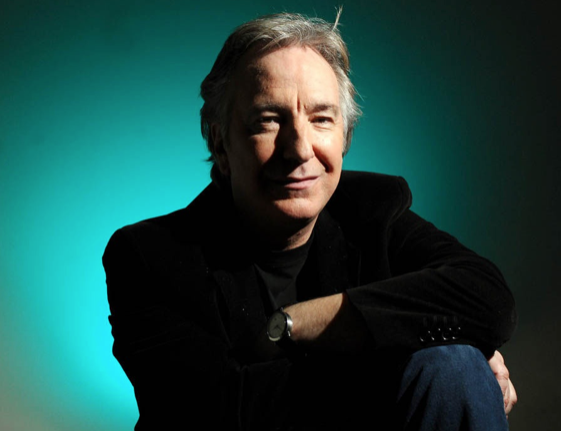 At a time where reality TV stars rule the waves and get more column inches in the press and on social media than any of our true artistic greats, the sad passing of Alan Rickman is testament to the man's quiet dignity. Not only for keeping the news of his illness private and sacrosanct but for, during life, never lording it over others for all that he achieved and, more pertinently, all that he helped others to achieve.

With so few opportunities out there, it's more than easy to slip into divides, to succumb to resentment, anger and envy, or just to lose the will to carry on, with the seemingly 'impossible' hanging over you every day.

For those who do go on to the heights of success, as Rickman did, it could be all too easy to breathe a sigh of relief and, as the roles and the praise continued, to settle into the comfort of knowing the fight of your life is now over and you're at liberty to enjoy the spoils.

Therefore it's worthwhile all of us knowing and remembering that Rickman's fight didn't stop as the world turned its attention his way. His fight seemed to continue; a fight not for himself and for his own talents, but for others.

Encouragement is free to give. Belief has to be earned. And belief is the greatest reward another can give to those who have the courage to stand apart. But when it is given, it's the most precious lifeblood any artist could hope for.

The testaments to Rickman's generosity of spirit and selfless attitude towards those up and coming artists who crossed his path is moving, inspiring and humanizing in a sometimes dehumanizing industry, and makes his loss all the more profoundly felt:

Alan Rickman is undoubtedly one of the greatest actors I will ever work with. He is also, one of the loyalest and most supportive people I've ever met in the film industry. He was so encouraging of me both on set and in the years post-Potter. I'm pretty sure he came and saw everything I ever did on stage both in London and New York. He didn't have to do that. I know other people who've been friends with him for much much longer than I have and they all say "if you call Alan, it doesn't matter where in the world he is or how busy he is with what he's doing, he'll get back to you within a day".

People create perceptions of actors based on the parts they played so it might surprise some people to learn that contrary to some of the sterner (or downright scary) characters he played, Alan was extremely kind, generous, self-deprecating and funny. And certain things obviously became even funnier when delivered in his unmistakable double-bass.

As an actor he was one of the first of the adults on Potter to treat me like a peer rather than a child. Working with him at such a formative age was incredibly important and I will carry the lessons he taught me for the rest of my life and career. Film sets and theatre stages are all far poorer for the loss of this great actor and man.
Danielle Radcliffe

I was at Leavesden Studios today when I heard the news. As I walked through the canteen I thought of Alan queuing up for his lunch with us mere mortals. I recalled the trailer in which he offered me some of the greatest advice I ever received about this mad profession we shared. Being back in those corridors made me remember a lot of things and I will treasure those memories all my life. He inspired my careers more than he ever knew and I'll miss him.
Matthew Lewis


Such terrible news. And reading about him now makes me want to BE and DO better in everything. Thank you sir.
Katie Leung


Farewell my friend. Your kindness & generosity ever since we met in LA in 1987 & ever since is incalculable.
Richard E. Grant

Auditioned me as a v young actor. He sent the most lovely, encouraging hand written note.. I still cherish it .. And him. RIP
Kevin McKidd

No matter who he played, in real life, no one was more generous. I don't know how many people he supported emotionally and to all his friends who asked for it, he advised advised advised and was always right... A silent investor in people,"
Ruby Wax

True talent doesn't crave riches, fame, or awards, or egotistical gratification. Talent is only born with one aim, or endowed upon the vessel of a human being with one mission – to move others.

The inspiration, advice, support and kindness he gave to so many is Alan Rickman's greatest legacy; as much as his illustrious career and many accolades.

The ripple effect of the belief he showed in others will continue for generations to come. For those who he inspired, who were touched by his belief in them, will surely be motivated to live according to the same principled, generous, magnanimous moral code.

And so the wave never comes to an end and the spirit and purpose of a true genius is reflected in the single word of one of his most loved characters, Severus Snape, in turn mourning the loss of his true love ….. 'Always'.

Everything starts with a script…
Acting deals with very delicate emotions